Please fill out your answers to the questions below as openly and honestly as possible. Once you submit your questionnaire, you’ll get the link to schedule a call where we will determine if you are a great fit for our program and then if it’s the perfect fit, we will get you set up for a New Client Case Review with Dr. Kan!

Let’s get you well!

Diabetes mellitus is among the most prevalent and morbid chronic diseases.  In 2015, 30.3 million Americans, or 9.4% of the population, had diabetes, and what’s worse is 84.1 million Americans age 18 and older had pre-diabetes.  That means 1 in 3 American adults have some form of blood sugar dysfunction.

According to the New England Journal of Medicine, prevalence of diabetes rose 30.6% in 10 years between 2005 to 2015.  Total costs of medical management in the United States in 2012 is a whopping $245 billion.

If you have pre-diabetes or diabetes, you will have increased risk for neuropathy, retinopathy, kidney failure, fatty liver, heart disease, hypertension, stroke, peripheral artery disease, gangrene, amputations, erectile dysfunction, and above all, Alzheimer’s disease.

The problem is conventional medical treatment resorts to diabetic medications to manipulate glucose and insulin levels. You may be surprised to learn that there is NOT ONE PERSON documented to have cured his or her diabetes by taking these medications.  Most people get progressively worse on the medication and they take it for life.

Nutrition and dietary advice for diabetes are usually inaccurate and ineffective. The outdated strategies of drinking diet soda and counting carbs to control diabetes have been proven to fail time and again in scientific studies.

The fundamental problem of Type 2 diabetes is not a blood sugar problem, it is a problem of insulin resistance.  Management and cure for Type 2 diabetes must address the insulin issue.  It starts by eating foods that do not increase insulin.

Standard American Diet is full of foods that spike insulin.  From sugar laden beverages to refined carbohydrates, these foods stimulate the pancreas to pump out ever increasing amounts of insulin. The result is your cells no longer respond to insulin despite high levels of the hormone.

Insulin stores fat and transports glucose into cell.  When insulin stops working, glucose go up, and there is greater increase in insulin to compensate for this resistance.  The high insulin is what leads to obesity.

Another unaddressed cause of insulin resistance is the role of environmental toxins.   Many toxic compounds have the ability to bind to insulin receptors on the cell surface and block insulin from entering the cell.  For example, phthalates, chemical widely used in plastics, can bind to insulin receptors causing resistance.  The increased use of phthalates are in step with the increased rise in diabetes over the last 40 years.  This may be the person with diabetes despite eliminating all sugar from the diet, which can be frustrating for the patient and confounding for the doctor.

To reverse this condition, one must focus on increasing intake of vegetable fibers, healthy fats such as olive oil, coconut oil, avocado and nuts and seeds, and moderate amount of high quality protein, such as grass fed beef. High quality omega 3 fish oil and proper exercise have both been shown to increase insulin sensitivity and reversing diabetes.  Regular, targeted detoxification needs to be incorporated into an overall lifestyle program.  Learn more about targeted detoxification program you can do yourself in this article.

Diabetes Type 1 is typically diagnosed during childhood.  However, increasingly we are seeing a rise in Latent Adult Diabetes of Adults (LADA), which is classified as Diabetes Type 1.5.

Whether diagnosed in childhood or adulthood, both types are autoimmune conditions where the immune system is attacking the pancreas, leading to glandular failure and low insulin levels.

For those with Type 1 diabetes, the root cause is not a blood sugar problem, but an immune system problem.  Even though insulin is may be needed, priority for Type 1 diabetes shifts to support the immune system and identify the triggers of autoimmune flare ups, which can be food sensitivity, infections, and toxicities.

The most menacing part of diabetes is not weight gain and high blood sugar, but inflammation. In diabetes, the excess glucose binds to red blood cells and other tissues and form advanced glycation end-products (AGEs).

AGEs causes massive inflammation in blood vessels, nerves, and brain, leading to vascular disease, high cholesterol, neuropathy, and Alzheimer’s disease. In fact, there are so many studies confirming the causative role of diabetes and AGEs in neurodegeneration, that Alzheimer’s disease has been called Diabetes Type III.

Therefore, to prevent neurodegneration such as dementia, Alzheimer’s and Parkinson, blood sugar management is paramount as well as ensuring optimal levels of antioxidants such as glutathione and using herbal anti-inflammatories such as tumeric and resveratrol.

There are many more strategies to prevent and reverse diabetes as well as protect against neurodegeneration.  Receive free educational videos on this topic by visiting https://askdrkan.com/brainhealth.

You have Successfully Subscribed! 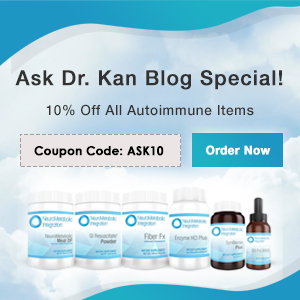 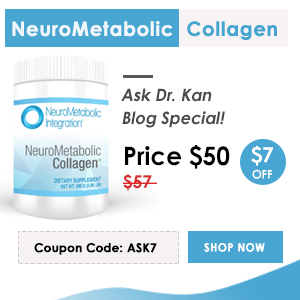 Patient with chronic pain, inflammation is feeling great, off pain pills in 30 days

Patient with fatigue, brain fog and digestion dysfunction feels great and is back to enjoying life

Patient with thyroid symptoms, brain fog, migraines gets answers and her life back

3 Ways to Inflame, 3 Ways to Deflame

3 Ways Toxins Build Up and Cause Immune Dysfunction 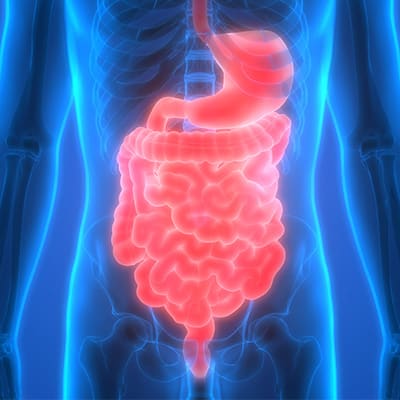 Learn the BIG idea that is sweeping functional medicine and healthcare and is the key to solving chronic brain symptoms, immune challenges, and gut dysfunction!

Register For The Next Masterclass